Axelspace is a company running a space business, but above all, is a responsible representative of Planet Earth. There are actions we can take to ensure a long-lasting future where humans can continue living on Earth while utilizing the surrounding Space.

Increasing space debris, for example, is one of the well-known environmental issues in space. Setting high standards for satellite design, manufacturing and operation, Axelspace will prevent satellites from becoming space debris after completing their missions in orbit, making Axelspace a leading company in maintaining space sustainability.

We conduct business on a foundation of eco-friendliness to Earth and the surrounding space.

The “Green Spacecraft” is a set of standards Axelspace is proposing to ensure space sustainability, mainly defined by Earth-friendly spacecraft manufacturing methods and measures to prevent satellites from becoming space debris in Earth orbit. Axelspace will commit to meeting the Green Spacecraft standard for all of our satellites by mandating a wider range of requirements than the conventional guidelines set by governments and international organizations.

Manufacturers and operators of a satellite certified as “Green Spacecraft” must meet the following standards. Quantitative criteria are to be determined. 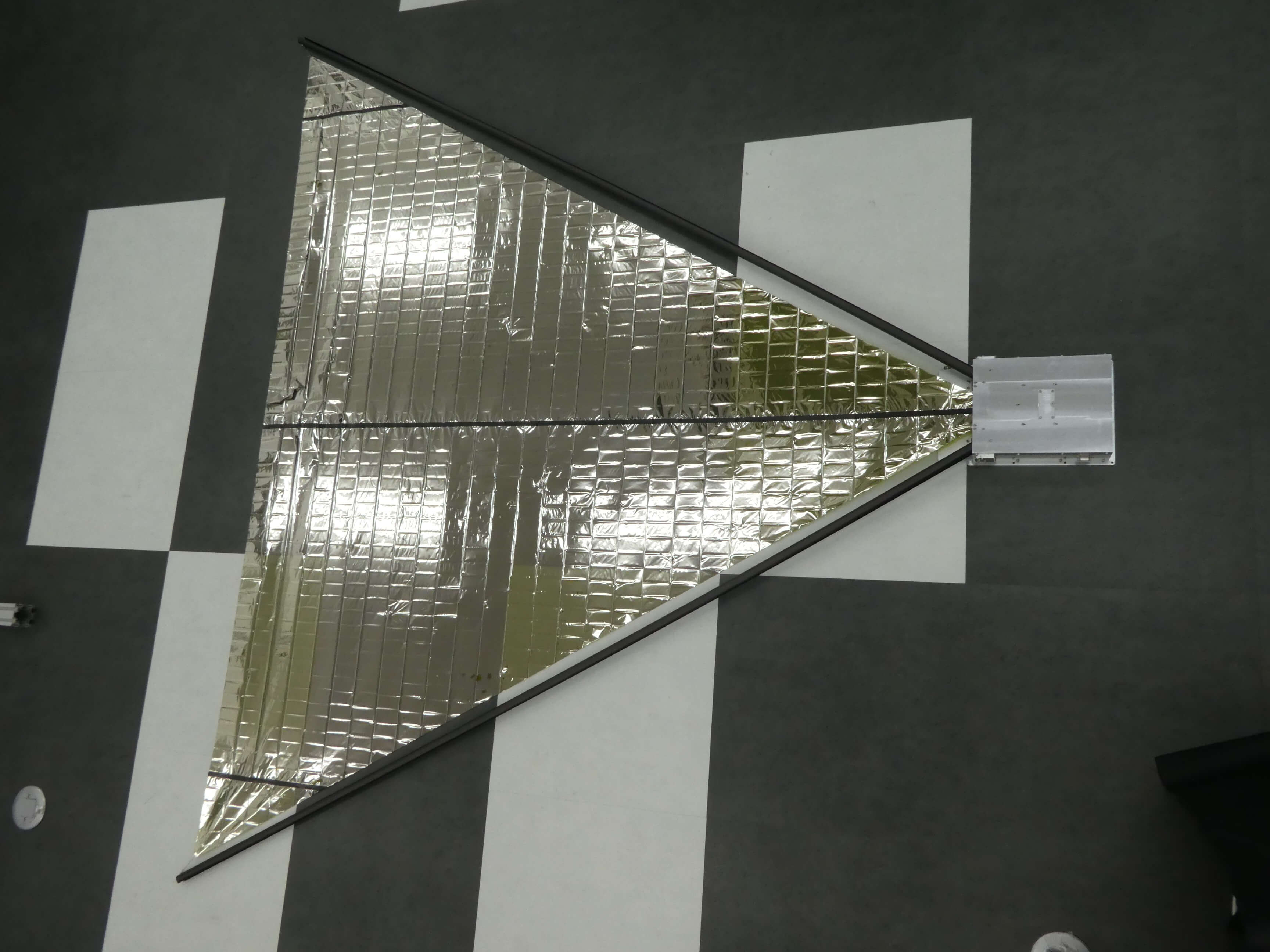 Offering a dedicated ferry to the afterlife for post-mission satellites

D-SAIL is a deorbit device developed by Axelspace in cooperation with SAKASE ADTECH CO., LTD. When activated, it deploys a large membrane surface, causing drag resistance that acts as a brake to the satellite's orbital motion in Low Earth Orbit with thin atmospheric conditions. D-SAIL allows satellites after the end of orbital operation to enter the atmosphere in less than 10 years, while international guidelines require it to be within 25 years.

D-SAIL has been selected as one of the demonstration themes of Japan Aerospace Exploration Agency (JAXA) satellite program called “RApid Innovative Payload Demonstration SatellitE-3 (RAISE-3)”, and is scheduled for in-orbit demonstration by March 2023. It is planned to become the standard equipment on all satellites developed by Axelspace in the future.